USFCR Team Back at Work After Hurricane Irma

US Federal Contractor Registration, the world's largest third-party government registration firm, weathered the passage of Hurricane Irma on Sunday with little damage to its corporate headquarters in St. Petersburg. Its team of case managers, acquisition specialist, and support staff similar weathered the storm fairly unscathed. We, like many of our neighbors across the state, are dealing with cleanup (primarily fallen trees, limbs, and branches), and down power lines, and, for some of us, not knowing when power in our homes will be restored.
"I'm grateful that the Tampa Bay area did not bear the brunt of the storm," said Eric Knellinger, president of US Federal Contractor Registration. "On and off all weekend, I wasn't sure that that would be the case, but I am glad that the storm did far less damage in our area that was predicted." 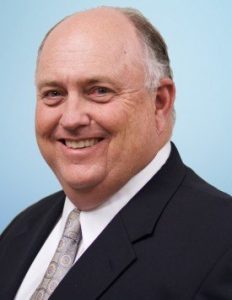 Though some of our team evacuated to different parts of the state, and, in some cases, to different states altogether, enough of us stayed behind and are back at work today available to help interested small business owners complete the steps necessary to become government contractors. Now, more than ever, the government will turn to contractors to help, not just in the wake of Hurricane Irma in Florida, Georgia, and other parts of the country, but also (and unfortunately, still) in Texas, where the effects of Hurricane Harvey are still felt.
For example, on Monday, September 11, the International Boundary and Water Commission, Acquisition Division, released a solicitation in which it outlined plans to bring on a contractors to help rehabilitate a portion of levees overseen by the United States section of the International Boundary and Water Commission (USIBWC). The levees, which are within the limits of Donna Pump to Brownsville, (part of the Lower Rio Grande Flood Control Project (LRGFCP) levee system) are located in Hidalgo and Cameron Counties, Texas.
According to the solicitation, the existing levee system was designed to protect existing farmlands and commercial and residential buildings against the 100-year flood event, but, due to the UPRR rail line intersecting both levees at a lower elevation than the existing top of levee elevations of the adjacent levees, the existing levee system needs to be rehabilitated in order to meet the Federal Emergency Management Agency's (FEMA) Levee Accreditation Requirements of the National Flood Insurance Program (NFIP) regulations (44 CFR 65.10).
The USIBWC Contractor that is awarded this project shall obtain Right of Entry Agreement from Union Pacific Railroad Co.
Interested contractors must be able to rehabilitate approximately 650 feet of an existing levee located in a small segment of the Lower Rio Grande levee situated in Cameron County, Texas. This work include the preparation of Right of Way; excavation and embankment required to raise an existing levee; excavation and embankment at existing UPRR/B&M Bridge Co. crossing at levee; improvement of existing top of levee; construction of 6" aggregate surface course; and placement of topsoil and re-seeding and establishment of vegetation for erosion control on the side slopes of the levee.
The lights are on at US Federal Contractor Registration, and our team is in place to help. Whether you're a current government contractor interested in learning more about available opportunities, or a small business owner interested in learning how to qualify as a government contractor, we can help. Call us at 877-252-2700 to learn how we can help you succeed in government contracting.