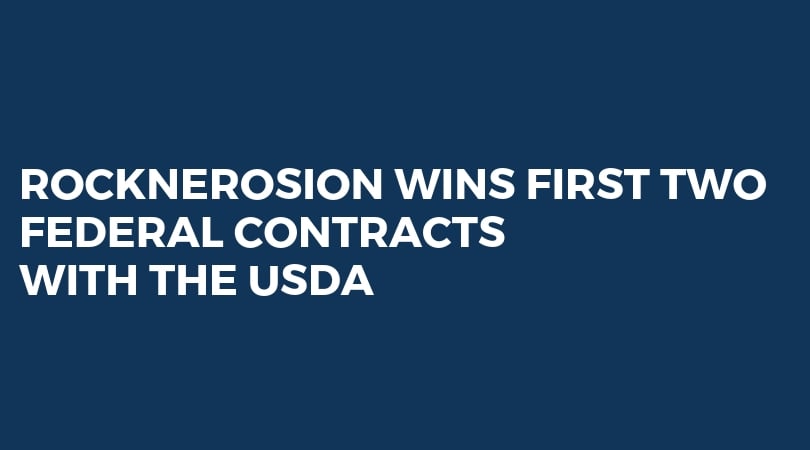 Recently Todd Marchant Construction Co. dba RockNErosion won its first two federal contracts. Although it takes an average of 12-18 months for businesses to win their first award, RockNErosion completed this feat in just half of the time. For Todd Marchant however, searching, bidding, and performing federal contracts isn’t just something that he does for an income. Todd has found genuine enjoyment and passion in this type of work.

Todd Marchant began his career building retaining walls and it only grew from there. Some of the main capabilities of his business includes earthmoving, demolition, clean up, and disaster relief. RockNErosion also does work with city sewer and water hookups, septic systems, tree stump removal, along with water features including waterfalls. With the aspiration to eventually have his son take over the business, Todd decided it was time to make the venture into federal contracting.

To get started in federal contracting Todd went to US Federal Contractor Registration. The third-party firm specializes in assisting federal contractors with their registration as well as training. Contracting officers working with RockNErosion can rest assured that their SAM registration will always be in compliance. For learning the best practices for federal contracting, Todd read Dan Driscoll’s The 4 Paths to Success as a Federal Contractor. The book gave him many insights on what he was doing right as well as new avenues to take for winning contracts.

“Todd is a great learner and listener.  He has worked very hard on honing his craft, his skill set and understanding on how to work with the federal government, hence his success right out of the gate,” said USFCR Senior Acquisition Specialist Huff Bhatia.

On June 3, 2019, RockNErosion won its first federal contract with the US Forest Service. The total small business contract, valued at $30,0000, was for heavy equipment rental, specifically a tracked excavator for trail maintenance services through the end of October. The place of performance of the contract is the Naches Ranger District.

Then, on July 1, 2019, Todd signed off on his second federal contract valued at $34,420. Again, it was a total small business opportunity with the US Forest Service. However, this time, it was for providing several hundred tons of rip rap. For those that are unfamiliar, rip rap is human-placed rocks used to protect shorelines from erosion. The rocks will be used at the Sierraville Ranger District of the Tahoe National Forest.

“Turning $3,000 into $12,000 every month is pretty darn neat,” said Todd. With two federal contracts under his belt and a newly found passion for federal contracting, Todd Marchant plans to keep up his momentum in the federal marketplace. When Uncle Sam is in need of work, materials, or equipment related to trail maintenance, erosion control, and excavation, RockNErosion will be there to answer the call.