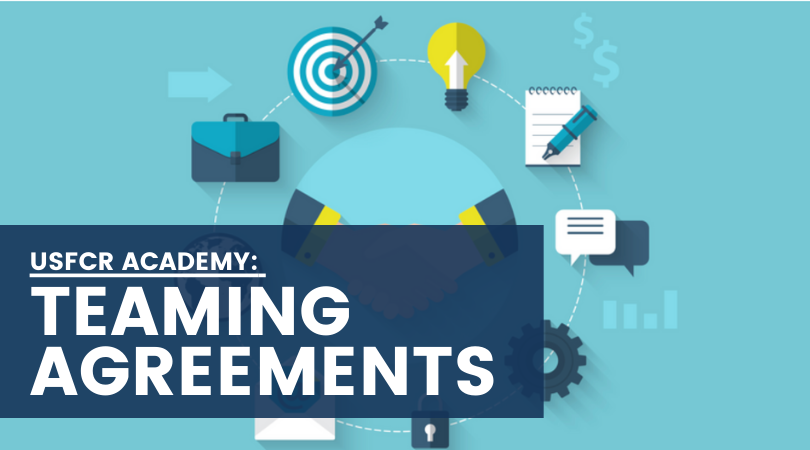 Some contracts with the federal government may be complex in the scope of work and may require interested vendors to partner with another company to perform the work to the government’s specifications.

One of these partnerships is called a teaming agreement, which is also known as a teaming arrangement. Teaming agreements are temporary business arrangements involving two or more independent companies that join together for the specific purpose of obtaining and performing a competitive bid contact.

In these arrangements, one company is determined to be the lead contractor known as a Prime vendor while the other company will be in a supporting role called a subcontractor.

USFCR has a current teaming arrangement template that clients can use to put together potential prime and subcontractor relationships.

Clients can request a copy of this template by contacting the USFCR.

Not every partnership is eligible for a teaming agreement. When creating a potential partnership, both vendors must make sure they are not violating any Small Business Administration (SBA) affiliation rules. The following are some rules to follow to avoid any potential speculation on affiliation:

Anna is a USFCR Training Coordinator and the host of the USFCR Academy. She has worked with thousands of businesses to help them get into and succeed in federal government contracting.