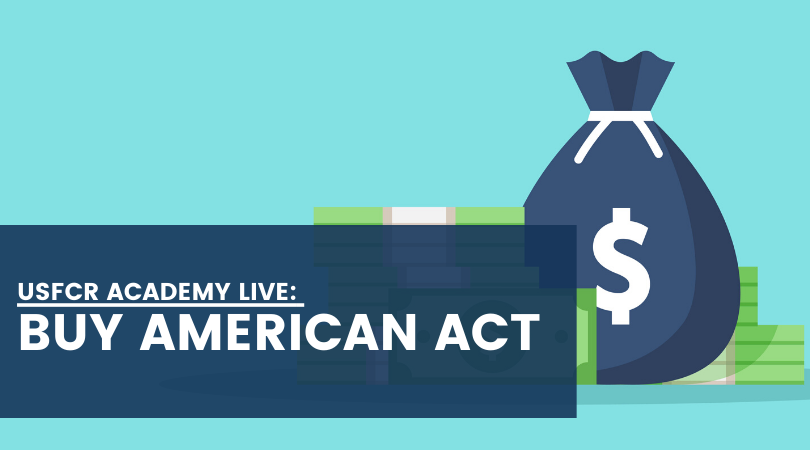 The original Buy American Act was signed by congress in 1933 and it established laws that dictate that goods purchased by the federal government must be products manufactured and created in America. In the 1940’s it was expanded to include all defense purchases.

In 1979 it was expanded to include all federal transit and infrastructure creation. In general, it means the federal government will give preference to U.S.-made products and that federal construction projects use American-made materials and procedures when building infrastructure in America.

The bill was created to have the U.S. not be dependent on countries such as China and Russia to equip our troops, protect national security and create more U.S.-based jobs.

For example, if the government was relying on China for its plastics and then due to international policy was no longer able to trade with China then the government may have a shortage of a product it needs. This is why they want to limit dependency on other countries.

There are exceptions to the Buy American Act. They are as follows:

Public Interest
When an agency determines that the preference of Buy American doesn’t match up with the public interest, it can be excluded. For some countries, the U.S. government has blanket exceptions that exempt their businesses from Buy American.

Non-availability
Sometimes the materials needed for a product aren’t available in a sufficient quantity in the United States and so they must come from another country. You can find a list of them in FAR 25.104.

Unreasonable Costs
If obtaining an item domestically is drastically more expensive than getting it from a foreign source, then Buy American would be exempt in this case.

Micro-purchase Threshold
Items that are underneath the micro-purchase threshold ($10,000 as of 2018) are exempt from the regulation.

Any product that will be marked compliant with the Buy American Act must pass a two-part test.

Certain industries have more regulations than others. USFCR trains clients on the differences
within the FAR on each industry. In the construction industry, there are two requirements that must be met for the materials used to be Buy American Act compliant.

Anna is a USFCR Training Coordinator and the host of the USFCR Academy. She has worked with thousands of businesses to help them get into and succeed in federal government contracting.